Water softener – It is a tool used to purify the hard water. A typical water-softening system removes calcium and magnesium ions from hard water and replaces them with sodium ions. It conditions or softens hard water by substituting sodium chloride (salt) for hard minerals such as calcium, magnesium, and iron. However, some people think water softeners are a luxury. Others believe they are only necessary if you have a private well with tough water. That’s not quite right.  If you do have a well, you will probably need a water softener, and possibly other types of filtration to improve the water quality. However, even people living in the city can have hard water coming from the tap. Municipalities are required to treat the water for impurities, but they do not remove hardness minerals because they are not harmful to your health. So you need to install your water softener or well water.

What is hard water?

The term hard water may sound like an oxymoron, but it’s merely household water that contains high concentrations of dissolved minerals, specifically calcium and magnesium. These minerals don’t make water unhealthy to drink but can be highly destructive. Hard water causes cloudy water spots on sinks, dishes, silverware, and shower enclosures. White, crusty deposits form on teakettles and coffee pots. Hard water also dramatically reduces the lathering and rinse-ability of laundry detergent, body soap, and shampoo. So, as you can see, hard water is a common and potentially serious problem, and The harmful effect hard water has on plumbing systems, fixtures, and appliances can be quite heavy on the pocket as well. Fortunately, there’s an effective and relatively affordable solution to this issue, and that installs a water softener.

How does a water softener work:

A water softener is the best solution to spotty dishes, dry skin, and limescale buildup in pipes and appliances caused due to hard water. Here’s how just one system can dramatically improve your water quality.

The first and foremost step to softened water is to have a water softener installed. This is done by fully qualified plumbers who have extensive in-house experience. The water softener unit is located in your household plumbing near the place where water enters the house so that it softens the water used for drinking and washing but not for irrigation. It is mostly installed in garages or pantry.

As soon as your water softener is installed, the microscopic beads inside the twin cylinders start doing their job. As we already know, a standard whole-house water softener works on the principle of ion exchange, called “cation exchange.” The twin-cylinders inside a Water Softener are filled with millions of microscopic resin beads. Each bead has a negative charge, while calcium and magnesium carry positive charges in water. This means that, as the calcium and magnesium pass through the resin beads, they are attracted to one another. Typically, sodium positive ions coat the resin, but as water flows over the resin on its way to your sink or washer, the naturally occurring calcium and positive magnesium ions that exist in hard water stick to the resin. This releases sodium ions into the water to maintain a balance of electrical charge on the resin.

Gradually, most of the sodium ions are released into the household water, and the resin becomes saturated with calcium and magnesium ions. All that exits the water softener is pure, softened water, while the minerals stay behind in the beads. Sodium taken from the block salt completes the exchange.

You may be wondering what happens to the hardness minerals that are trapped inside your softener’s tank. How can water softener treat more hard water in the future if all the media beads or crystals are full of the calcium, magnesium, etc.? That’s where the second part of the water softening process takes place, which is Regeneration!

The regeneration process uses sodium to detach the mineral buildup from the resin. Sodium has a charge strong enough to take the calcium and magnesium away, but not enough to cling to the resin itself. Block salt is dissolved, and the brine solution used to regenerate (clean) the resin tanks. This brine also provides the sodium needed to complete the exchange process during softening. Once removed, calcium and magnesium are flushed harmlessly down the drain. The Water Softener has a meter within it that judges when to regenerate, meaning there is no water waste; it runs at the most efficient cost, and hard water will never enter your system. This regeneration process usually happens in the middle of the night when your family is asleep, and nobody needs to use any water.

A water softener simply has two jobs – to soften water and regenerate itself. Single-cylinder water softeners need to pause the water softening process to regenerate; some innovative twin-cylinder design means that the regeneration process can take place at any time without interrupting your enjoyment of softened water. Our patented duple-parallel operation will regenerate one cylinder while the other continues to soften your water, providing your home with beautifully fresh softened water 24/7, without interruption.

Most new, high-efficiency water softeners use less than 10 bags of salt per year.

A few things to consider:

Be aware that softened water contains trace amounts of salt. An 8-ounce glass of water contains about the same amount of salt as a slice of bread. That’s not very much salt, but for those on a strict sodium-free diet, it might be too much. If you’d like to eliminate the salt, simply fill the brine tank with potassium chloride pellets, not salt pellets. The only problem is that potassium chloride is expensive. Another option is to use salt pellets in the brine tank, but then install a reverse-osmosis water filter at the kitchen sink. The filter will remove salt from the water, which you can use for drinking and cooking. But the popularity of water softeners has created a new problem: the salty discharge water is raising sodium levels in municipal water treatment plants, reservoirs, and groundwater tables.

New legislation in some regions restricts or prohibits the use of water softeners, so be sure to check with the local building department before proceeding.

An overview of the Water Softening process:

Hopefully, the details mentioned above have cleared all your doubts regarding water softeners and how does a water softener work. High-efficiency appliances cannot run as designed when they suffer from hard water buildup. Dishwashers and washing machines could end up with a much shorter lifespan because of hard water. Thus modern homes have become entirely dependent upon water softener, especially of those living in such locations. Moreover you can go through detailed reviews of Best Water Softeners. 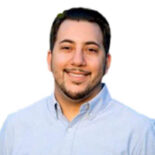